Being established in 1929, HD Tribe Funeral Directors have a long company history.  We are very proud of our achievements over the years but equally proud of our reputation for providing a caring and dignified service to the people of West Sussex who have lost a loved one.  Here is a timeline depicting the major developments in our company over the years:

1936: Chapel of Rest opened at Broadwater, now the site of Cricketers Parade.

1967: 130 Broadwater Road converted to offices and joined to Chapels of Rest.

1983: KJ Webber retires due to bad health after 29 years service.

1996: P Read takes over as Manager of Memorial Department.

1998: R Child takes over as Manager of Goring Office.

1998: K Bellingham takes over as Manageress of Lancing Office.

1998: G Woolhead takes over as Manager of Shoreham Office.

1999: First Funeral Director in West Sussex to launch a website.

1999: “Food for Thought” appointed as preferred caterers for H.D. Tribe.

2000: Storrington office completely re-furbished to include a Chapel of Rest.

2001: Marian Down joins and takes over the branch at 61 Lyndhurst Road.

2005: Paul Maguire starts as Funeral Director based at Head Office.

2008: Goring Office is refurbished to include a Chapel of Rest.

2009: Services from our Chapel can now be ‘streamed’ over the internet.  Ideal for people who are either too far away, or for whatever reason are unable to attend.

2011: HD Tribe become to the first UK Funeral Director to offer online donations through their website.

2012: First funeral director in the UK to offer on-line donations

2017: Michelle Etheridge joins us in readiness for the opening of the Shoreham Office

2018: Fiona Murden takes over from Marian Down upon her retirement

2018: Marian Down sadly passes away after only 5 months retirement

If you would like to know more about our company or the funeral services we can offer, please feel free to contact us. 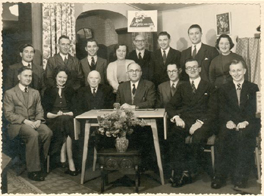 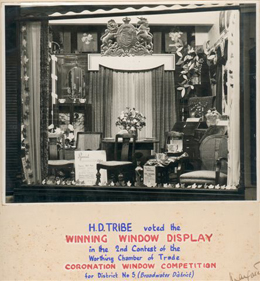 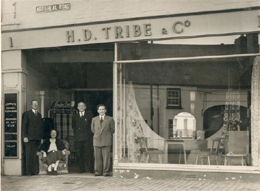 Due to Covid 19 we are living in unprecedented times with rules and guidelines changing on an almost daily basis. We are currently taking the very greatest care of all our families and arranging funerals within the current parameters. Further information
Covid-19

Any cookies that may not be particularly necessary for the website to function and is used specifically to collect user personal data via analytics, ads, other embedded contents are termed as non-necessary cookies. It is mandatory to procure user consent prior to running these cookies on your website.